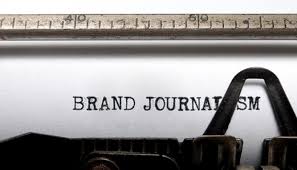 Relations between companies and media have more than a shadow, and advertising has often become a bargaining, influencing chip. If corporate communication aims at becoming information, many journalists turn up their nose when hearing about brand journalism.

At the International Journalism Festival we listened to some companies that launched brand journalism projects, evolving into media companies. If some journalists are almost horrified when matching the words ‘brand’ and ‘journalism’, most approve campaigns such as Cocainenomics, the report about Pablo Escobar and Medellín cartel by Netflix and Wall Street Journal. However, we need to remember that this reportage was brand journalism too, as it was conceived to promote Narcos TV series and properly published on WSJ as ‘sponsor generated content’.

In a time when advertising investments decrease and buying newspapers is a sort of ‘heroic act’ (cf. Federico Ferrazza, chief editor at Wired Italia), branded contents support the fragile business models of many editorial houses, which have been struggling to reduce costs and find resources to innovate and remain competitive. That’s why, despite journalists’ criticism, more and more publications accept and even look for sponsored contents, also called native advertising.

Someone says they not only contribute to revenue increase, but allow to lighten the opaque relation between information and advertisement. Not all editorial staff could indeed prevent investors’ interferences, so branded contents might help to restore the border separating journalism and company solicitations. Far from solving all possible conflicts, obviously.

If information and corporate communication should remain distinct, since responding to different subjects with different goals, it’s true their content generation processes have something in common. Starting from facts, for instance. Brand storytelling was lately meant as a strategy to emotionally engage internal and external stakeholders, but effective narrative is more and more based on factual elements, which are typical groundwork for journalists.

Even big charities such as Cancer Research UK, which used to leverage feelings to raise funds, acknowledged it is now important to respond to donors’ rational concerns to be trusted.

At the end of the day, brands and media have a highly similar task, which is creating products and making them appealing for their target audience. Both can be credible – and deserve trust – only if bringing value, so telling stories which are meaningful and relevant for those who listen. These stories can be generated by mutual collaboration, as long as it is transparent and clearly recognizable.

Respecting those who read and maybe winning journalists’ preconception.