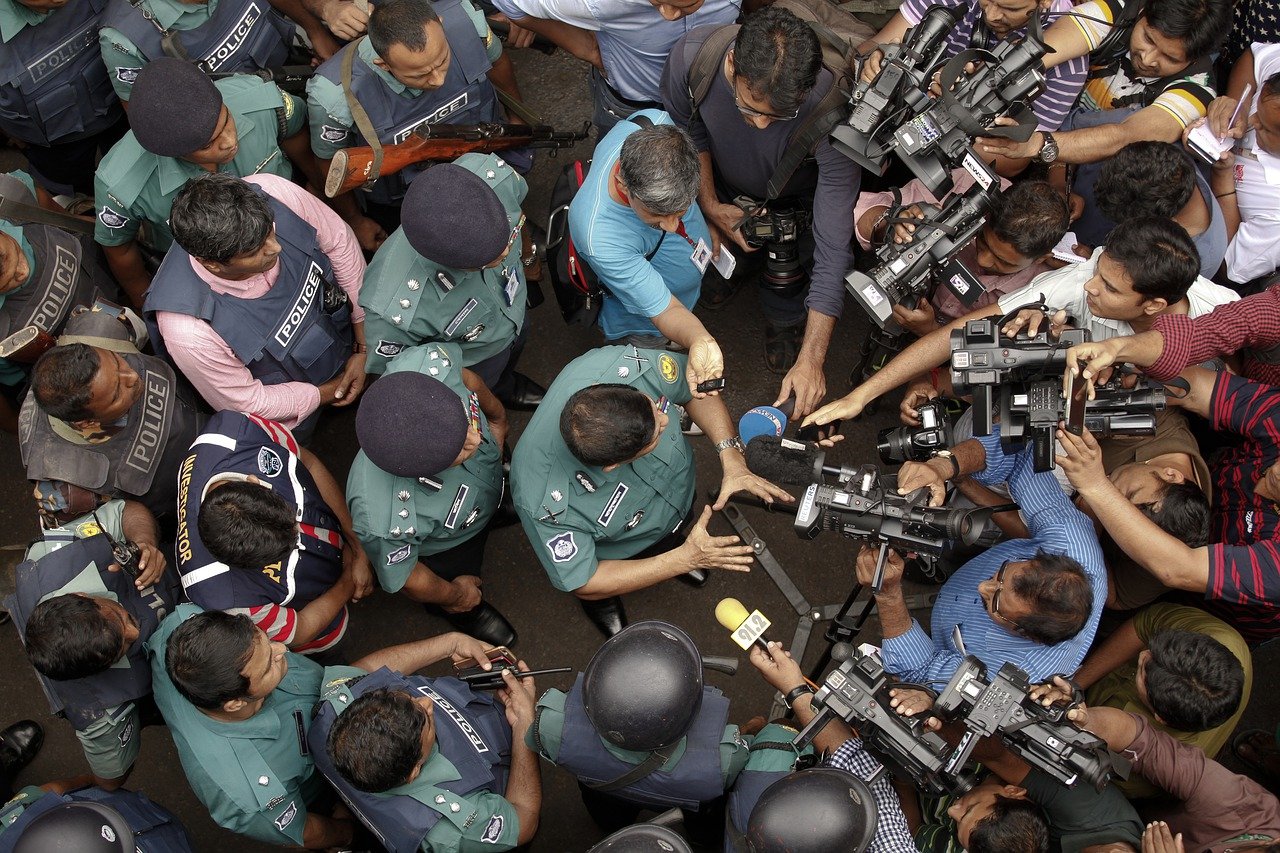 The success of an organisation, or an individual, is built on its reputation. Regardless of what side you are on, being involved in a legal action is likely to have a strong impact on stakeholders’ trust.

We witnessed a sort of short circuit between judiciary and media systems. Regrettably, we are now used to spectacular arrests and trials, leaks of phone tapping and sensitive information, media and social debates ending up in the prearranged blame of the supposed guilty party. It happens with politicians, VIPs, companies and managers, even with simple citizens when charged with a crime.

Media trials forestall legal courts, leap over and put investigators’ neutrality at risk, as well as judges’ peace of mind. Media trials can tarnish the privacy and reputation of those who are involved. It isn’t a brand new story: from Enzo Tortora to Mani Pulite, from Daniele Barillà to Mafia Capitale, there are lots of cases that came to a media condemnation before stepping into the courthouse. Ermes Antonucci, reporter at Il Foglio, collected about twenty cases in his book titled ‘I dannati della gogna’.

It doesn’t matter being guilty or innocent, this is serious for both sides, even if we might naively think it is less impactful for those who end up with an adverse sentence. Media trials tend to deny the principle known as ‘presumption of innocence’, which is clearly stated by the Italian Constitution (the indicted is not guilty until final condemnation, article nr. 27) and 343/16 EU directory.

Surely the presumption of innocence and the respect of privacy need to be counterbalanced with the right to report, since it is legitimate and fruitful that media investigate relevant legal actions. However, according to juridical tenets – the right to report is applicable along three conditions, specifically the information that is made public should be true, socially useful, and disclosed in a respectful way. This means journalists should not exceed news purposes, must be clear and polite, avoid any indirect offence (the so-called continence of information).

Media reports are not always like this. Despite the commitment of many professional reporters, Unione delle Camere Penali italiane and Antigone found that over 60% of Italian media articles covering legal actions have accusatory tones towards the indicted or an acritical attitude towards investigators’ and prosecutors’ thesis. Moreover, there is an absolute imbalance between media attention in the first controversy phases and during the trial hearings, or at its conclusion. Trials are often long, and it’s common experience to read full-page cover stories about an arrest and little pieces of news about a decision by the Court of Appeal, specifically for the defendant’s acquittal.

The deterioration of the media-judiciary circus, as Daniel Soulez Lariviere called it, can be mitigated if all parties act responsibly, embodying their roles but keeping in mind the potential impact of information that is made public – and hit social media, where opinions get quickly polarized and critical thinking is not abundant.

Back in 1987, the Italian author Leonardo Sciascia wrote on El País: “When public opinion is divided on a resounding legal case – divided between upholders of the defendant’s innocence and guiltiness – the separation does not happen along the knowledge of factual elements in favor or against the indicted. It happens along congeniality and aversion. It’s like gambling on a soccer match or a horse race”.

In such a scenario, how can defendants be vocal? As in crisis occurrences, the golden hour tends to be a ‘reverse story’, with the indicted enduring it. Litigation PR can become strategic in managing communications during the course of legal disputes to protect the client’s overall reputation and affect the outcome or the impact of the final decision, as far as this is licit and possible (definition by James F. Haggerty). Litigation PR established as a discipline about 30 years ago in the US, and now it is quite popular in Italy too.

Litigation PR services are often provided by crisis communication experts having additional legal know-how. It’s recommended to work hand-in-hand with lawyers and defenders, or have a dedicated team within the law firm.

Reputation protection requires a very accurate storytelling. It should aim at disclosing the defendant’s position and support legal defense. If the matter is particularly complex, as environmental or financial crimes, litigation PR can facilitate its understanding by providing neutral background information to journalists and other stakeholders.

The goal here is to promote a factual review of the case, with prosecutors’ and defendants’ viewpoint being compared without exacerbation. False information should be amended, together with true elements that might result in prejudice or defamation.

Litigation PR should move beyond media relations and engage all stakeholders who, even when media interest is over, will continue to follow the case and behave upon their personal judgment over it. Think of employees, customers, and business partners: a company should have a dedicated communication plan, to be delivered at a given time.

Recovering or consolidating reputation after the case end, at least on media, is a thorny job. It’s about making up for lost ground and building new trust.