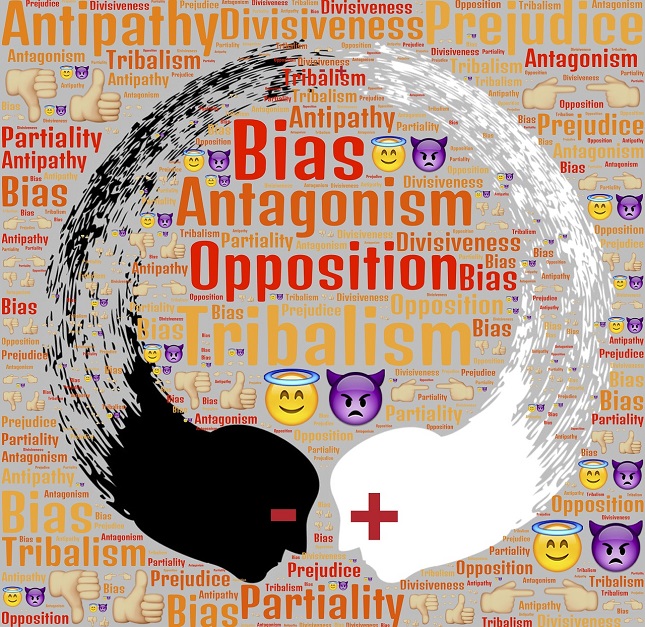 We are trapped by unconscious bias, by stereotypes that unknowingly influence our perceptions, the judgment we make on people and events, and ultimately shape our decisions.

Behavioral sciences tell unconscious biases stem from our brain. According to Daniel Kahneman, people have two ways of thinking: a slow one (so-called “System 1”), that is used for complex matters and demanding mental activities; and a fast one (“System 2”), that supports daily life with shortcuts to react to events and take immediate decisions.

These shortcuts push us towards commonplaces, people who look like ourselves, or the repetition of behaviors we have already experienced. On the opposite, they make us ward off diverse people, as it seems more difficult to frame them into our usual schemes.

Social habits and dynamics also come into play. In our childhood we are exposed to prejudicial statements or discriminations. Even if we can’t seize their meaning, we happen to internalize them. Once learnt, these models are hard to be changed and influence us at the unconscious level.

The impact in workplaces can be serious: prejudice can degenerate into real discrimination – think of biased recruitment processes, salary gaps, career paths, and even bad habits during meetings or day-by-day teamwork.

Many companies are aware and committed to diversity and inclusion programs. Fighting unconscious biases is part of these programs and generally kick off with Implicit Association Tests (IAT), that are tests to unveil the gap between conscious and unconscious perception and evaluation.

Most programs include a series of trainings to learn about the nature of unconscious bias and stereotypes, the consequences within the workplace, and share some suggestions to reduce the impact. Is everything fine, isn’t it?

No. Professor Edward Chang from Harvard Business School scrutinized an international professional services company where thousands of employees took diversity courses. Questioned three and six weeks after the training, their gender-related beliefs and attitudes were unchanged. “Our results suggest that the sorts of one-off trainings that are commonplace in organisations are not particularly effective at leading to long-lasting behaviour change”, said Chang to the Guardian.

Other studies had similar results, thus calling doubts about the IAT methodology and the training budgets. But not everything is to be thrown away, of course. Francesca Gino, behavioral scientist once again from Harvard Business School, explained the problem is most programs about unconscious biases end exactly where they should start.

“Only 10% of training programs gave attendees strategies for reducing bias”, wrote Gino on HBR in an article about trainings that work.

First hint is about training attendees. We should mix people from different teams and with the most possible heterogeneous background. This pushes people to know each other and can start a positive change, for instance inviting peers to widen their network during non-working time, such as lunch or coffee breaks, home-office commuting, etc.

The most important thing is engagement. Training should not talk about unconscious bias and present examples. Attendees should experience real-life situations, live how prejudice acts and which impact it can give. We can schedule hands-on sessions or roleplays to let people explore the same scenario from different viewpoints, comparing reactions and related emotions.

The training should provide usable tools, such as statements, practices and behaviors to disrupt consolidated patterns and stop any kind of discrimination.

Above all, the training should be the foundation for broader cultural change, not a quick fix for diversity issues, but a medium-long term commitment. It is therefore pivotal to define a set of metrics to be measured over time, so people can track what and how is changing, and where the organization is heading to.

Communication on the 2022 power skills podium

The Great Resignation: can communication stem the tide?

Corporate jargon is convenient, but…